Thank you! Your submission has been received!
Oops! Something went wrong while submitting the form.
Free forever •  No credit card required  •  Access all features 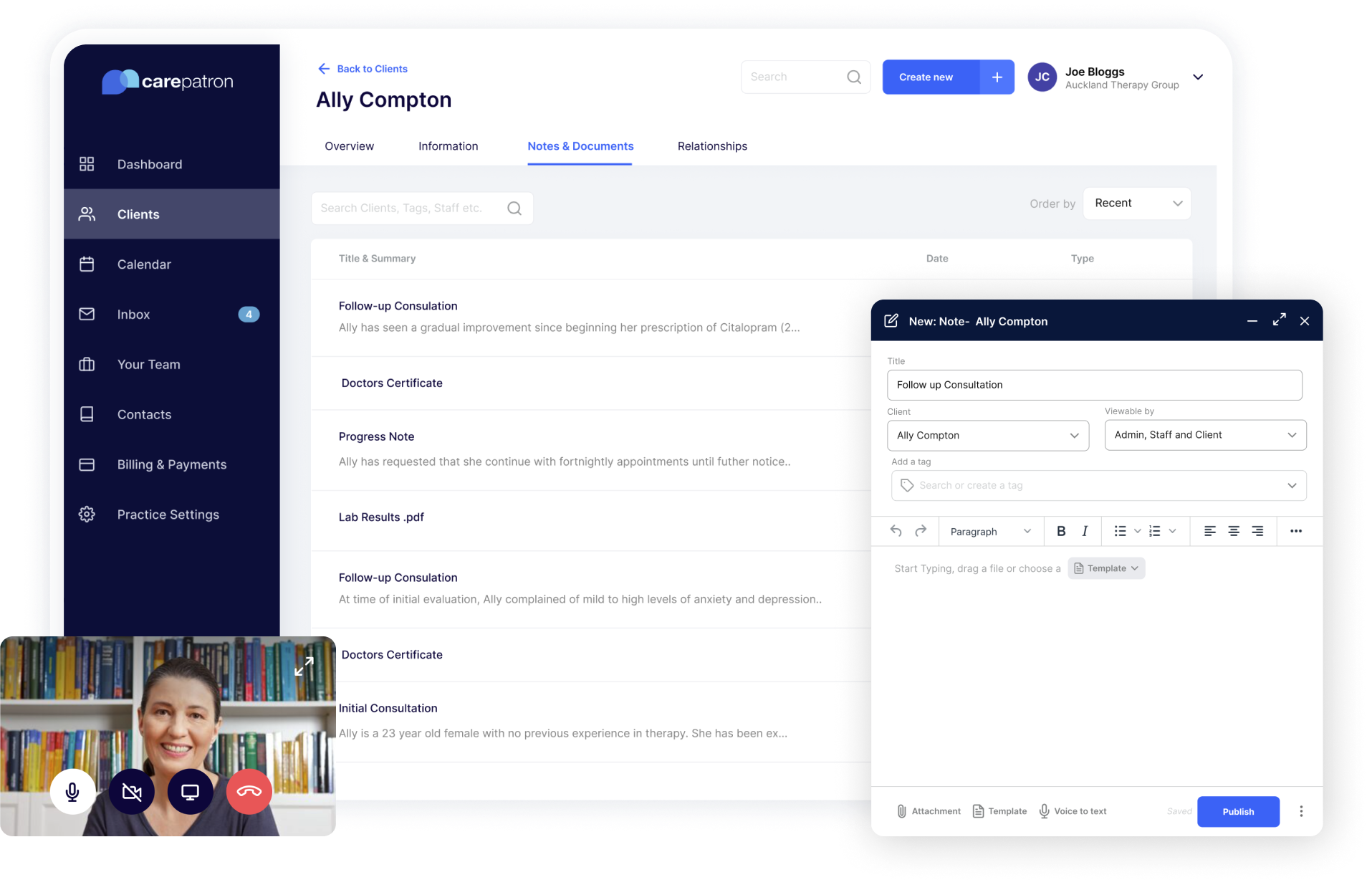 The Progress Notes Software you and your clients will love

Take control of your team's scheduling by bringing everyone's calendars together in one place. Use our calendar tools to sync with your Microsoft or Google calendars. We help your Healthcare Business reduce no-shows with our automated email and SMS appointment reminders.

Upload your client documents quickly in a secure EHR system. Use our fully integrated medical dictation tool or healthcare templates to get your clinical work done accurately and fast - at all times!

Online Payments makes it quick and simple for your clients to pay for their healthcare invoices online. Combining this tool with medical billing provides you will an all-in-one payments solution. Improve your business's cashflow while making your services more equitable and accessible! 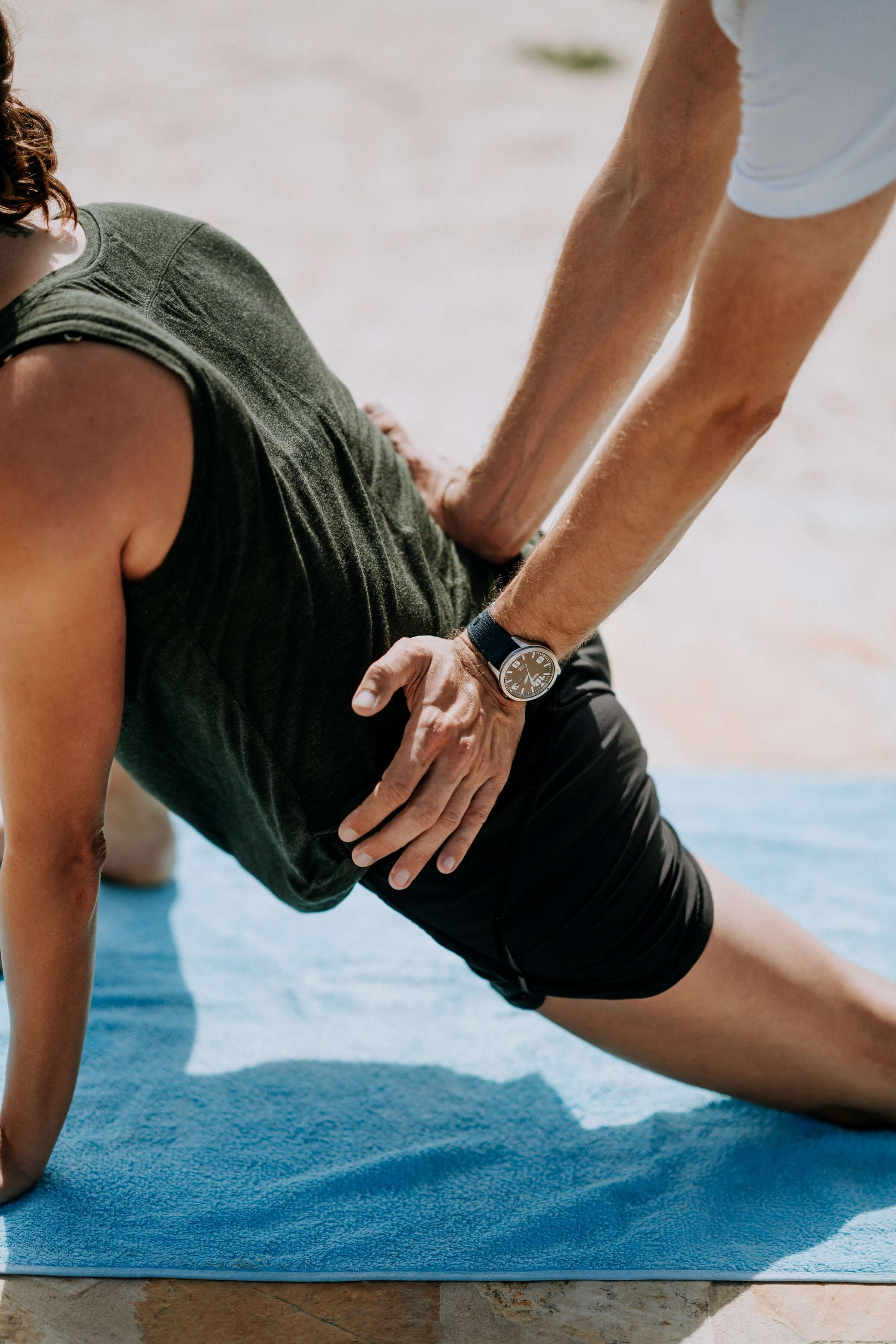 Progress notes are an essential clinical accountability method commonly used by healthcare professionals to show a paper trail of a patient’s medical record. Clinical progress notes highlight a patient’s medical history and capture all communication between clinicians and patients. This allows for information to be transparent and traceable and enables excellent communication across healthcare professionals who may review the records. Therapy progress notes are vital for clinicians to remember essential information and be a legal requirement for healthcare practices.

Regardless of your approach, it is the law to record each patient’s medical history when running a healthcare practice. Every time there is an interaction between a client and their clinician, this needs to be noted, with evidence compiled somewhere. Progress notes are a great way to do so while completely complying with insurance, regulatory, and law policies.

What should be in a therapy progress note?

Therapy progress notes need to be clear, concise, and understandable for any mental healthcare professional who reviews the material. They are instrumental for patients’ progress and treatment plans in mental health and essential document insight on their therapy journey. While there isn’t one sole ‘right’ way to go about progress notes, multiple aspects are paramount to ensuring informative and effective notes. Some platforms, such as Carepatron, produce software for healthcare businesses that incorporate templates of therapy progress notes to make this process even easier.

One of the best formats, and most commonly used, is the SOAP format. This progress note type encompasses subjective (S) and objective (O) observations, as well as information concerning assessment (A) and plan (P).

Another helpful progress note structure, which differs slightly and is not as commonly used, is the BIRP structure.

To help you make the most of your progress notes, here are some great tips to ensure your patient is understood and receives quality care. 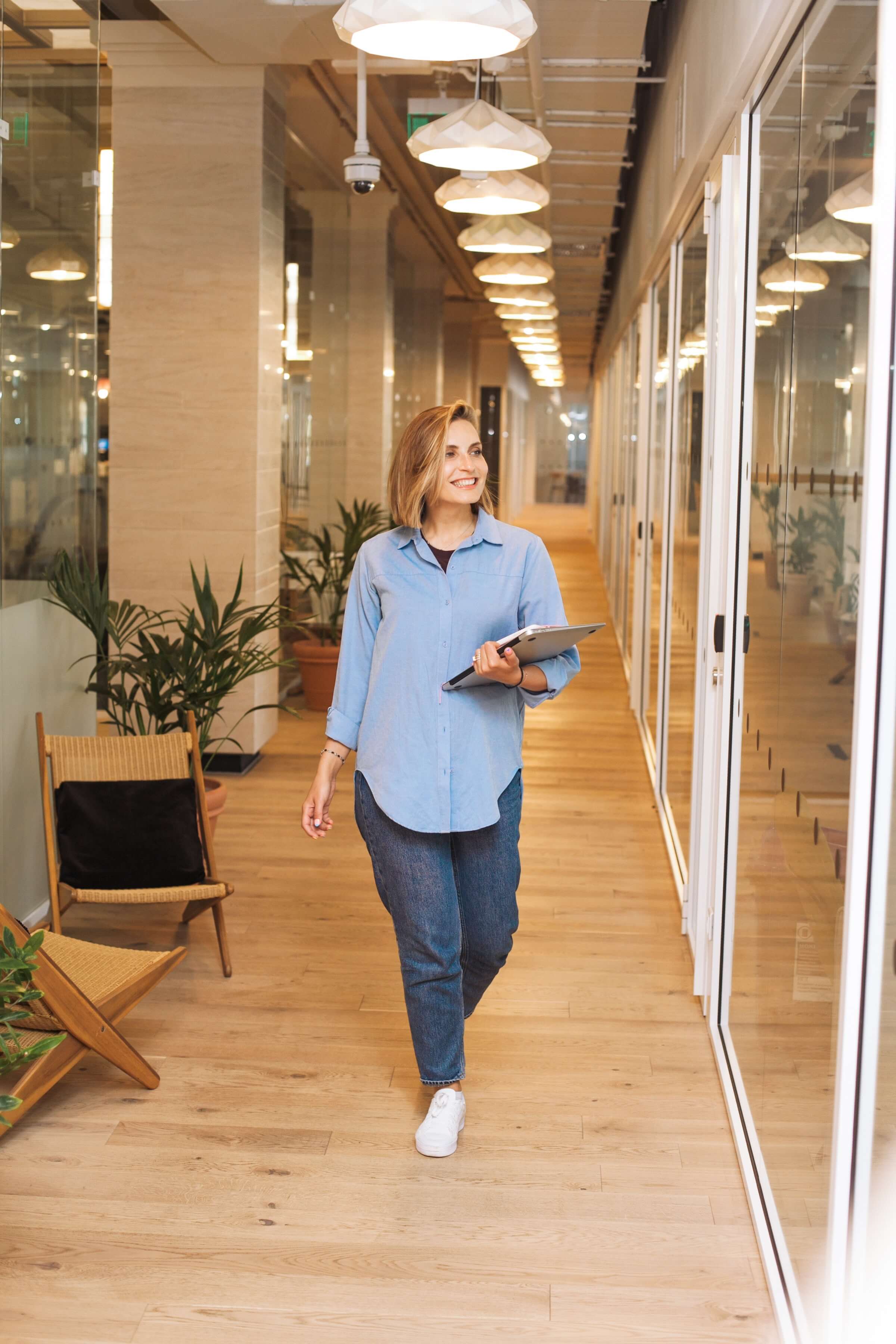 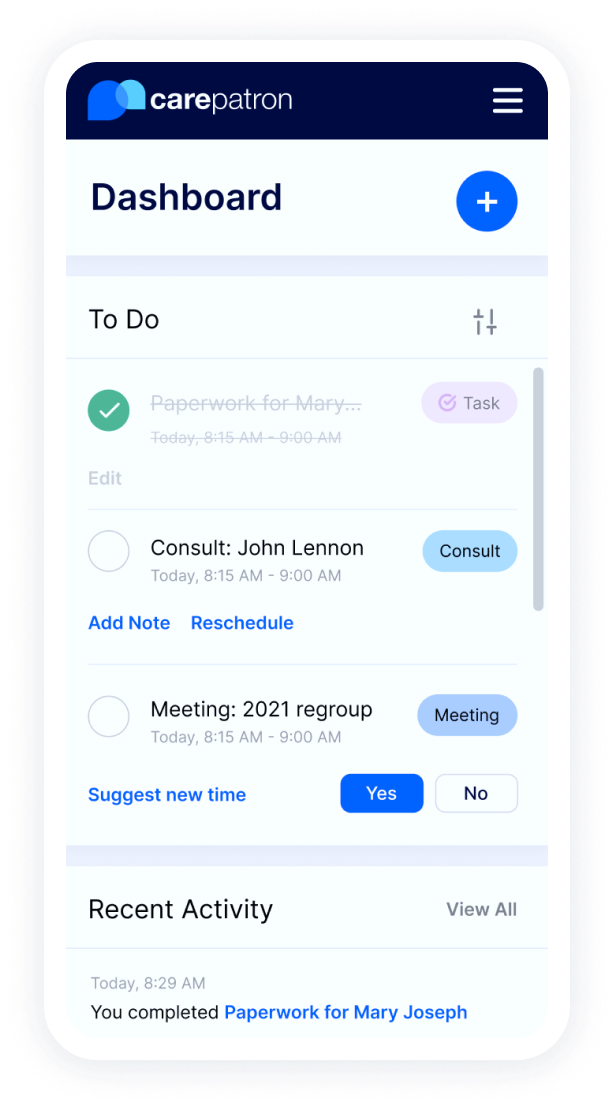 Therapy progress notes can be adapted and amended according to their purpose. Because various forms of therapy cater to specific groups and needs, their differences may be reflected in their therapy notes. As a result, we have compiled some examples of therapy progress notes in the standard SOAP format for you to use as templates for your practice.

To help, here is a family therapy progress notes example:

Sam has indicated that he feels sad often, stating, “I feel low a lot of the day like I just don’t look forward to anything or have any motivation to do anything.” Sam’s father, Andrew, states that Sam is irritable and somewhat detached. He explained, “He still doesn’t want to be involved in a lot of family activities we have, and he gets easily frustrated over trivial matters.”

Sam has trouble regulating his mood and has anhedonic tendencies with a loss of motivation. He is also somewhat irritable towards his family. Andrew presents an upbeat persona and does not show any signs of depression. He can regulate his mood well, have clear speech, and communicate with clarity.

Sam and Andrew have been attending family therapy for three weeks now. However, it does not seem to be improving, and so this will need to be amended. Sam presents depressive symptoms and does not seem to be making progress. Andrew finds his irritability is becoming more prominent. They will benefit from further treatment.

Sam and Andrew will continue family therapy with me for next week as usual. I will work with Sam in additional sessions to potentially forward him to a psychiatrist for further treatment if his symptoms do not improve within two weeks. We have worked on a family conflict resolution plan of having family meetings on Tuesdays and family movie nights on Friday. Family meetings will give them the chance to air out grievances, communicate, discuss feelings, and hear each other’s side. If no improvements, we will work towards a new treatment plan.

Amelia expressed anger towards her classmates without cause, stating, “I don’t know” when asked why she felt that way. When playing with a giraffe toy roughly, by kicking and punching it, Amelia responded with, “I don’t like it.”

Amelia presents behavior management issues in being unable to play with the given toys politely. She presents an irritable mood, as she often screams at the toys and finds difficulty regulating her feelings with a lack of speech and communication.

Amelia has attended one previous session at play therapy and displays the same poor control of her feelings. This is as expected with having only one prior session, so it would benefit Amelia to continue.

Amelia will see me next week as usual, and if within two weeks there is no change in her behavior, we will need to review her treatment plan. I have worked with her to develop a breathing technique in conjunction with others, to modify and help her understand her behavior in the meantime.

Jack is experiencing intense urges to drink and constantly thinks about it, stating, “Most of my day, I think about how much better I’d feel if I just had a few drinks.” He says that despite these feelings, he manages to remain sober. “I think of my kids, which helps a lot with immediate urges, and I know I have to be sober for them.”

Jack has shown up to therapy with sober signs. He has been engaged, present, and alert, and his concentration is improving. He manages to control his urges well so far and abstains. His wife Mandy attested to his behavior, saying he has stayed sober and regulates his mood well.

Considering Jack’s substance abuse experience and how it is a moderate case, it seems fit for him to continue seeing me weekly for therapy. We have worked through controlling and modifying techniques which seem to be working well. Despite his strong urges, he is handling them well.

Jack would benefit from seeing me next week as usual and continuing to review and note his progress. He seems to be making significant improvements, and if he shows signs of relapsing, we will need to create a new treatment plan. Perhaps concerning group therapy.

Therapy progress notes, not only are a legal requirement for mental healthcare practices, but they are a great way to reference, record, and analyze patient information. Hopefully, you have more knowledge of the various aspects of progress notes to provide the best care for you and your clients.

Many healthcare businesses incorporate progress notes into their workflow, and with the correct application, such as Carepatron, this process can be made even more accessible. Carepatron is a place for you to compile essential clinical documents online in a safe, secure, and highly confidential way. The progress notes you supply will be encrypted for utmost protection, with embedded progress note templates provided for your convenience.

Despite different formats and whatever you choose for your practice, keeping in mind your clients' goals is of great importance. Progress notes need to be easily understood, and with careful consideration, you can design the best treatment plans and records for your patients. 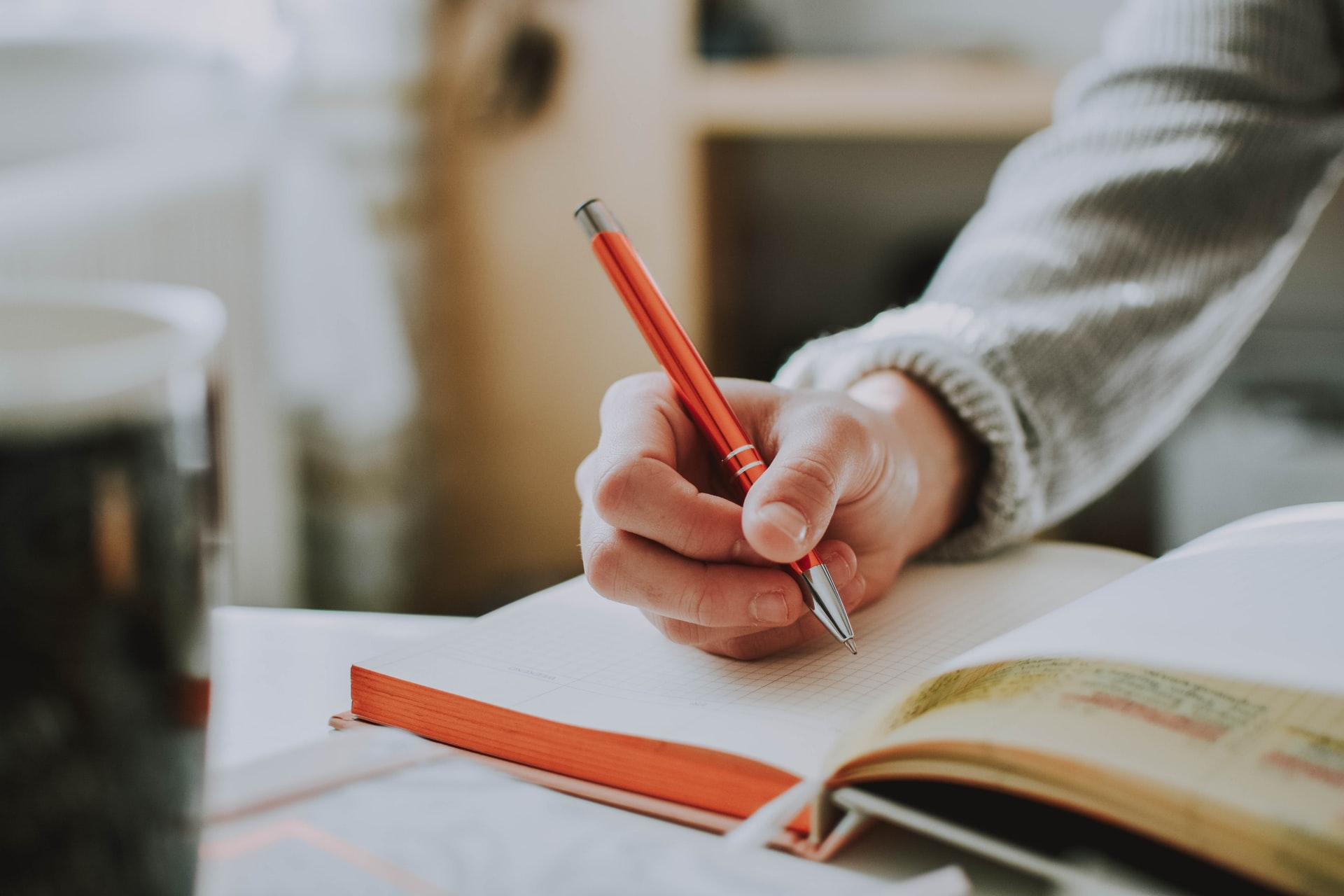 One app for all your healthcare work
Thank you! Your submission has been received!
Oops! Something went wrong while submitting the form. 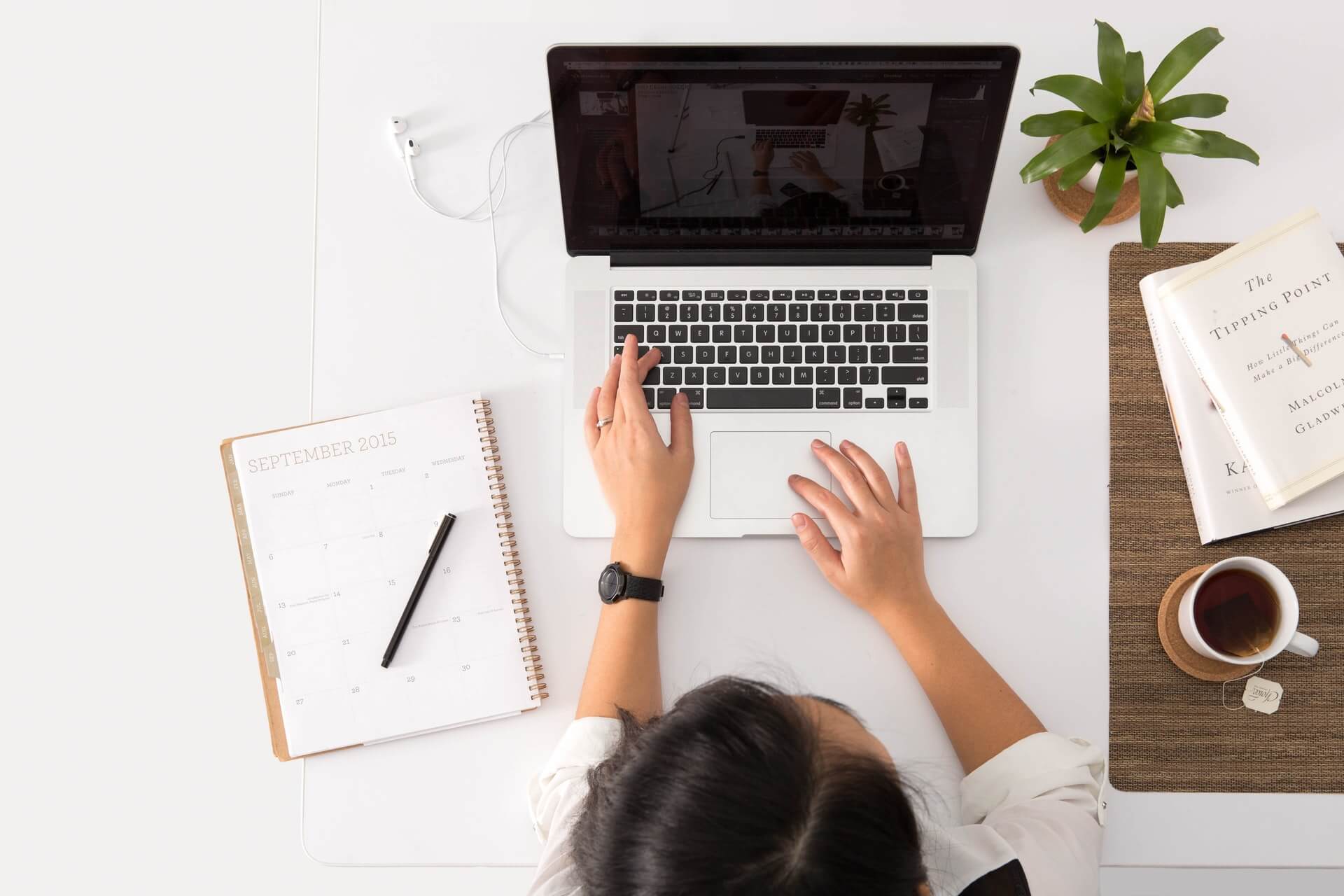 Common Mental Health Note Taking Challenges (And How To Get Around Them)
Mental health refers to an individual’s emotional, social and psychological well-being. It has a significant impact on how we think, feel and interact with the environment around us. Mental health practitioners, including psychologists, psychiatrists, counselors, and therapists, are trained to strengthen and improve mental health so that individuals can comfortably and confidently function in all spheres of their lives.
View Resources 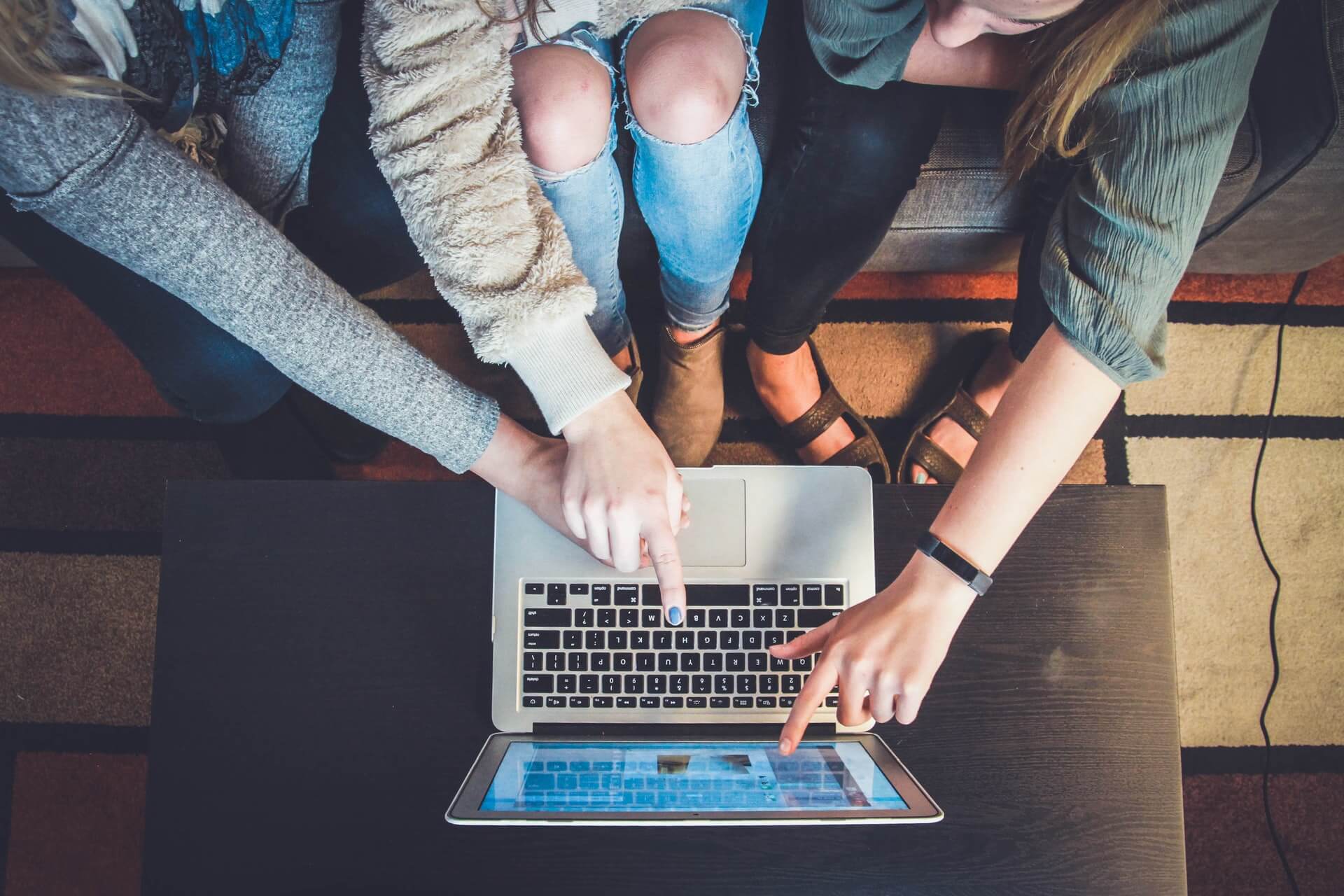 What To Look For In Progress Notes Software
Progress notes are a form of clinical documentation written by healthcare practitioners that document a patient’s symptoms, diagnosis, treatment, and clinical achievements. Not only are progress notes a critical aspect of maintaining good patient-practitioner communication, but they are legal documents that can be viewed by third-party’s.
View Resources 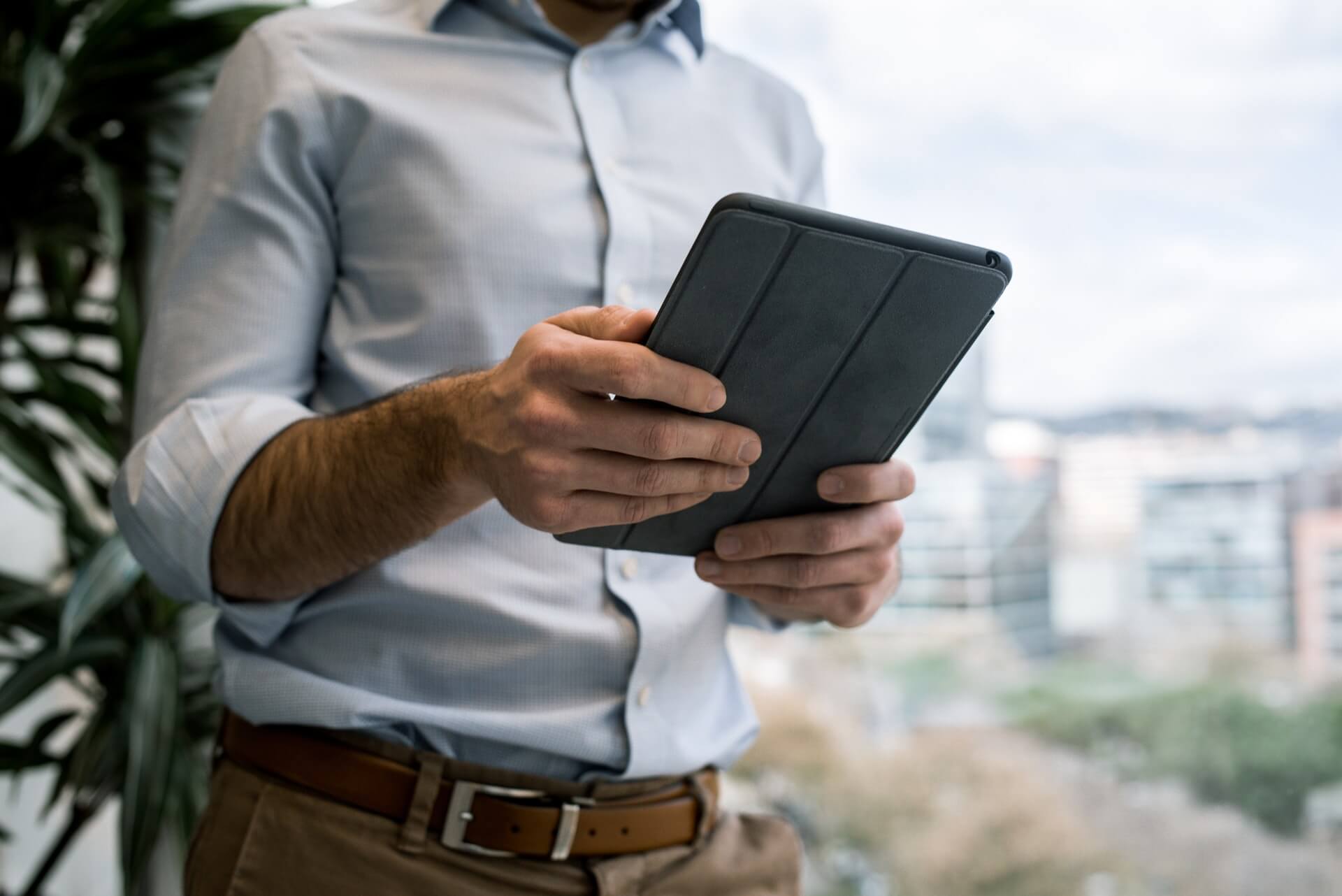 Progress Notes Template
Progress notes are an efficient form of clinical documentation and are written by healthcare practitioners following their session with a patient. Not only are they a legal obligation, but progress notes cover all relevant information concerning a patient’s condition. Used by over 80% of healthcare physicians, progress notes outline subjective and objective notes on a patient’s current health, in addition to assessment plans, and a finalized course of action for treatment.
View Resources